When you book with an account, you will be able to track your payment status, track the confirmation and you can also rate the tour after you finished the tour.
Sign Up
1184

Experience our tours from casablanca to Marrakech

Your tours from casablanca to Marrakech 4 days adventure starts by picking you up from your Hotel or airport in Casablanca. Then, start exploring the marvellous big city. We will first visit the fascinating Hassan II Mosque, the largest Mosque in Morocco with the tallest Minaret in the world. The whole Mosque look out the Atlantic ocean giving the prayers the feeling of praying over the sea. The Hassan II Mosque is a perfect example of the authentic Moroccan-Arab Architecture.
Exploring Casablanca

After exploring Casablanca, we will leave the big city heading to Morocco’s capital”Rabat city”. Our team will introduce you to Mausoleum Mohammed V and the Hassan II tower. In order to have a real glimpse on the dramatic Arab architecture and classical designs .

Next, our tours from casablanca to Marrakech 4 days continue to Meknes. The Ismalian Capital of Morocco. Where you would be discovering the magnificent Majestic city Gates and the Royal stables and palaces. Then, proceed to the authentic “Walili” or Volubilis, to see the ancient Roman Ruins dating back to the3rd century BC. And get impressed by the Old Roman buildings and their surviving castles.

The last stop on your tours from casablanca to Marrakech 4 Days, would be Fes. The old city where we would have a typical “Fessi” dinner and spend the night in a luxurious Riad.

On the second day of our casablanca to Marrakech 4 Days , we will leave the old walled city heading towards the highest Atlas Mountains. While wondering around the beautiful mountains towns a small Berber villages. We will stop Ifrane, “The Little Moroccan Switzerland”, and the most calm and clean town in the whole country.

Next, on our casablanca to Marrakech 4 Days, we will be visiting Azrou. The lovely Berber city with the widest Cedar forest in Morocco. Take a tour in the green wood’s to have some clean pure air and play with the funny little monkeys. Our Berber Tagine would be served in Midelt the Berber town. In order to taste some irresistible Berber food and its unique combination of Moroccan flavors.

Start heading towards the Golden Merzouga passing by Erfoud. The charming Sahara village to finally get to our last destination Merzouga in the late afternoon. In addition, we’ll take our camels on the most mesmerizing ride in the beautiful sunset. Then, spend our first night in a luxurious desert camp. To gather around the campfire and staring at the captivating starry night sky.

The Second of casablanca to Marrakech 4 Days starts with an early camel trek in the golden dunes. As you admire the beauty of the captivating Sunrise.

As soon as we have our tempting Sahara breakfast, we’ll start heading towards another Sahara treasure. The charming southern town of Rissani with its exotic warm weather ancient buildings. The next station would be another marvelous treasure hidden in the warm south, the beautiful Todra Gorges. That are wonderful series of limestone river canyons and the perfect heaven for trekkers and adventure lovers.
Discover Dades Gorges

Last, leave The Kasbah and drive you through the adventurous road of Tizi N’Tichka. To get to the Red Marrakech in the late evening. We will have our tempting local dinner and then spend our night in a lovely Hotel or Riad.

At the end of your casablanca to Marrakech 4 Days, your personal driver will get you to the airport. Where you would leave Morocco, with memorable experiences and lifetime memories.

Our tours from casablanca to Marrakech will begin from Casablanca the grand to Marrakech the red. Through our journey, enjoy the fascinating views of the Sahara desert.

Explore the endless Sahara on our 4 Days Desert Tours from Casablanca, visiting the old Berber villages and spending the night in luxurious Nomadic tents. 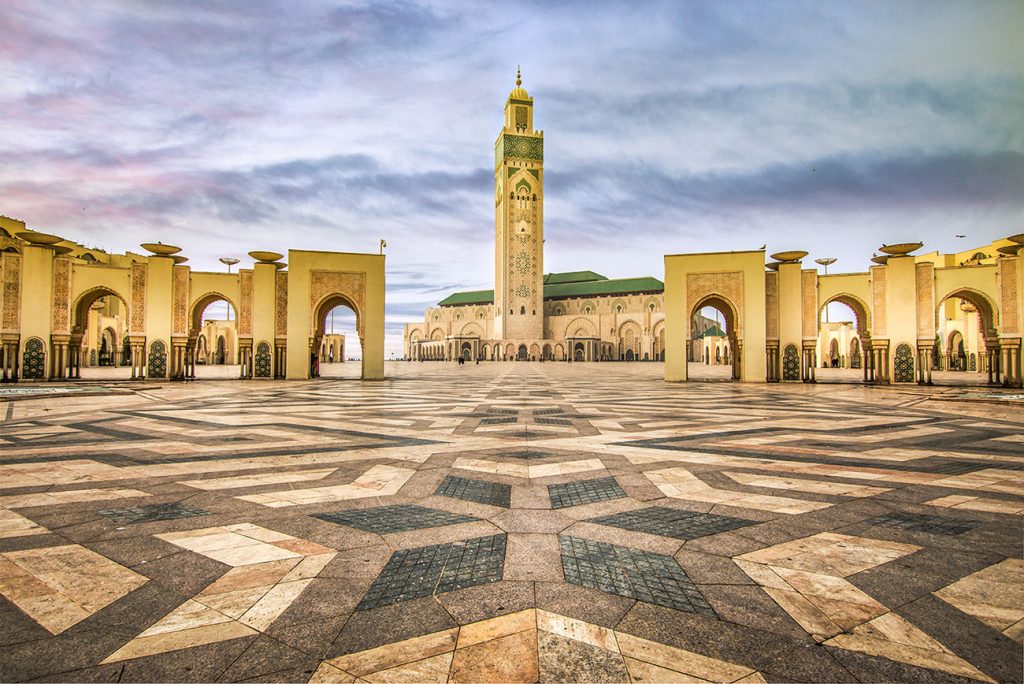 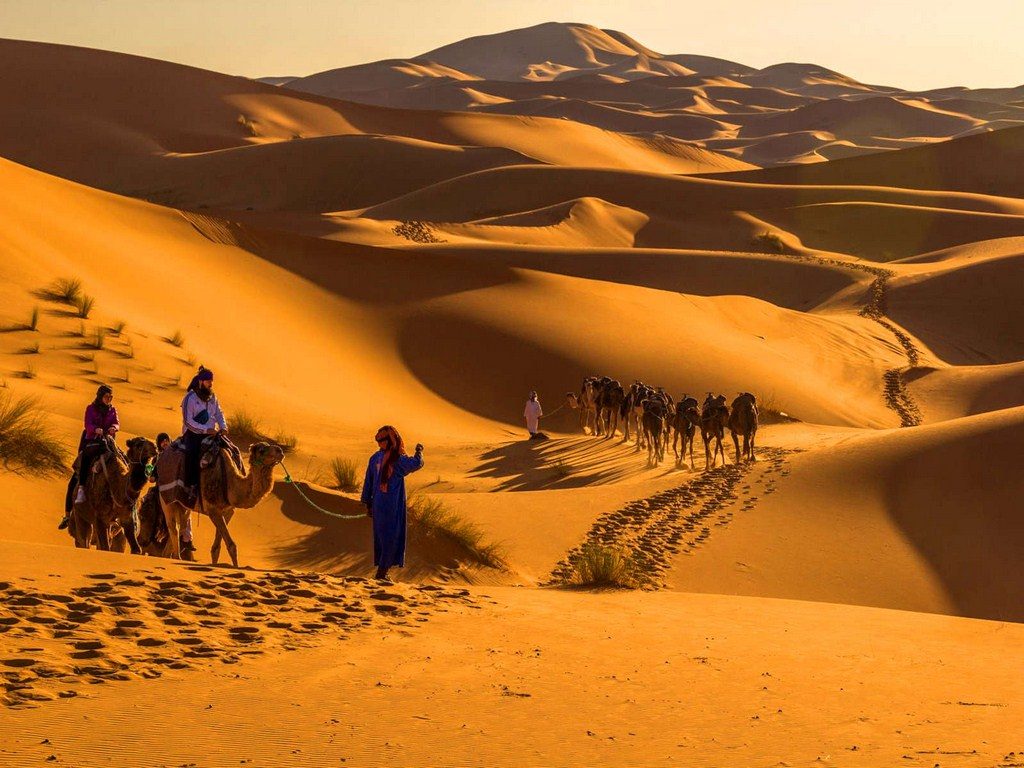